*all data correct as on date of publication

On the 18th of May, 18 months from the start of the construction, Roma Cruise Terminal unveiled its new cruise terminal, Terminal Amerigo Vespucci. Covering 11,000 sqm, the terminal is one of the largest in Europe and marks an important milestone for the company jointly owned by Costa, MSC and Royal Caribbean Cruises.

At an investment of around € 20 million, the new terminal is designed to meet the requirements of the largest cruise ships further consolidating Civitavecchia as one of Europe’s premier cruise ports. 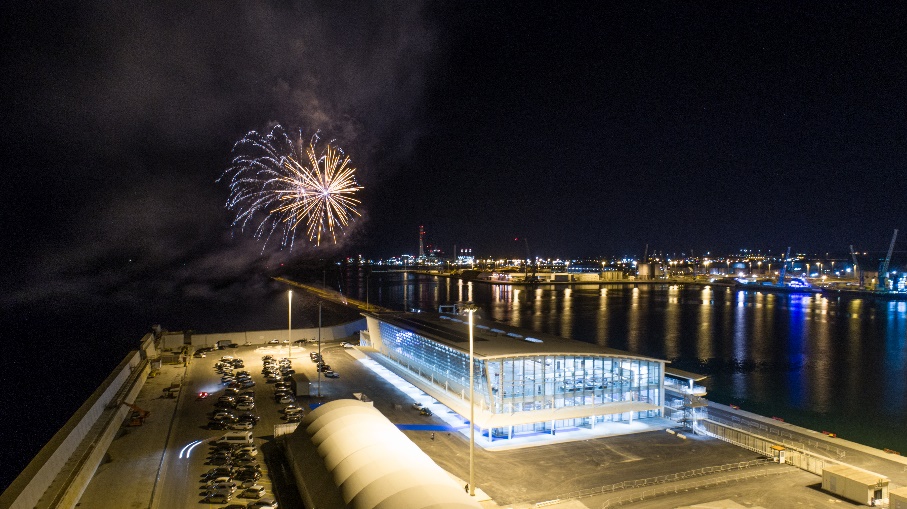 The building includes passenger and luggage control facilities at the ground floor.  A crew room, also situated in the building’s atrium, will facilitate the ships’ crew reception process. Proceeding from the atrium to the first floor, passengers will be welcomed in a check-in area with 60 counters that can be doubled to 120 ports.  Close to 90 monitors in the check-in area will keep passengers updated on their check-in status s well as itinerary and other useful information. A  VIP lounge, the “Cruise Bar” and terrace are designed to guarantee a pleasant experience for passengers waiting to board their ship. The terminal also provides photo opportunities for passengers. Boarding will be via passenger bridges, one of which will come into operation simultaneously with the inauguration of the terminal. 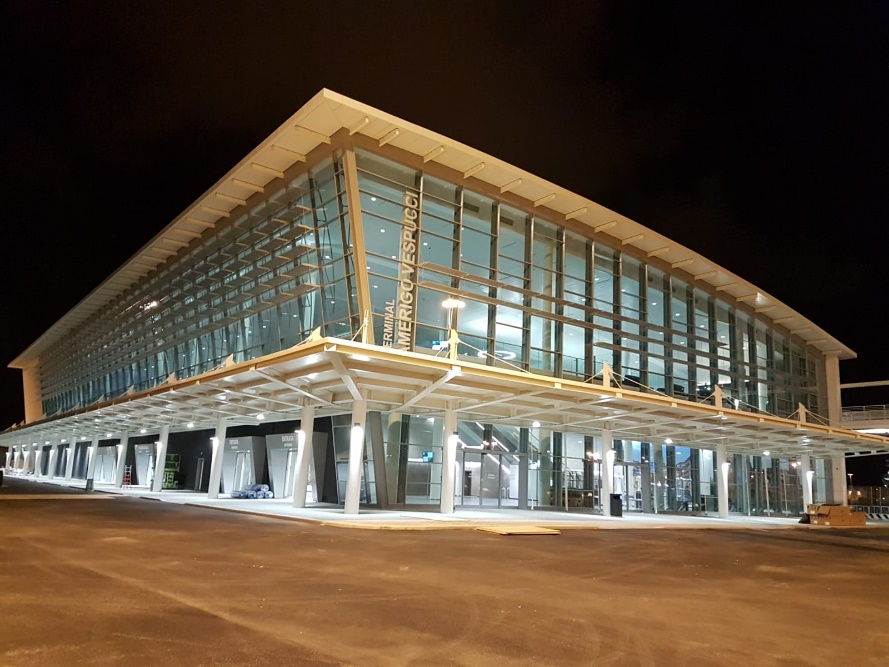 A unique feature of the terminal will be a small museum space housing Roman and Etruscan artefacts loaned by the Harbour Master of the Port of Civitavecchia and the Superintendent for Fine Arts and Culture for Roma Metropolitana, Viterbo and Southern Etruria region as a standing testimony of Civitavecchia’s historical status as the Port of Rome and the rich history of the Lazio region.

As part of the terminal building project, Roma Cruise Terminal embarked on upgrading the quay’s ship reception facilities on with the installation of LAN connection columns, a new 250 ton bollard, terminal lighting as well as and upgrade of the fenders and guard rooms.

The board of Roma Cruise Terminal chose to name the new terminal Amerigo Vespucci, the Italian explorer as a testimony of Italy’s links with the world as experienced daily in the port of Civitavecchia with the ever increasing number of cruise ships which chose it as a port of call.